Adventures Wherever He leads.

Shanghai, Hong Kong, and beyond… immeasurably more than all we could ask or imagine

with the cutest little girl, skylar. ^_^ I’ve been given the pleasure to get some time with Skylar: reading bed time stories, wrapping her up in a burrito, walking home from school, sitting in class with her, teaching her how to tie a bow… ^_^ 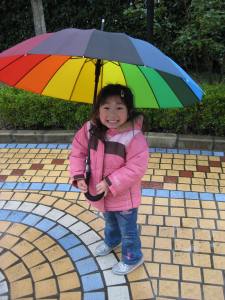 I think from skylar, father is teaching me SO much about the child’s heart… how childlike we need to be to truly understand pure f8th. Children are the kingdom for a reason… he knows that.. he made them, though at times defiant and difficult, resilient and respectful. ^__^ 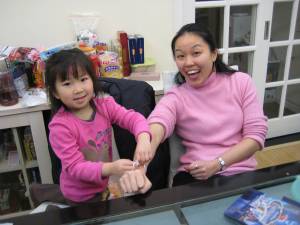 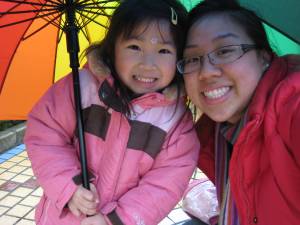 video of our walk home together 🙂 to come…

Whenever I tell people I am from Mountain View, California… the line that proceeds is usually, “Where Google began!?” and yes, it is true. where i grew up there was FREE wifi for the entire city what a beautiful idea.

So when I first heard about Google’s pull out of china, I was a bit distraught. How can that be, gmail/gchat/gvchat, is my LIFELINE… =/

And the verdict is in, Google has officially announced they have stopped censoring their search services on google.cn, all the google searches, youtube, news, blogger, gmail, the google images, everything. =P

BUT we are getting redirected to http://www.google.hk. which is  FINE by me.. and thanks to somegirlwitha.com… she’s also discovered a page that has mainland updates www.google.com/report.html

Never again. Being in china and having import things be very expensive, i realize that i could make lots of these things from scratch, thanks to recipes from bakin’ lovin’ friends! L & A thanks! 🙂 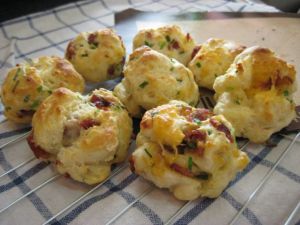 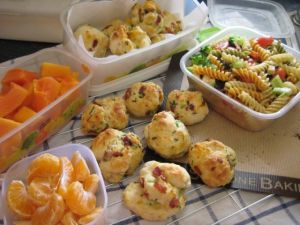 with pasta salad and a fruity selection…

thanks AJ and AT for the cookie sheet and silicone baking mat!

an artist’s rendition of the China Oriental Crown Pavilion

an artist’s rendition of the Hong Kong Pavilion

an artist’s rendition of the USA Pavilion

^__^ so, im pretty excited for this… 🙂 need to get more tickets eventually. i got a sneak peak at the making of one of these.. pretty exciting! it’s like DISNEY WORLD, but LIFESIZE! 🙂 a theme park of each country… so if youre planning to visit, this year would be more fun than next!

what is the phrase/advice that many parents always tell their kids about strangers…?

you might think it falls along these lines… is it, “Don’t talk to strangers…? or Don’t take candy from a stranger…? Don’t open doors for strangers…?”

All of these may sound a familiar to you… and im pretty sure my parents said that to me too.. however there was always ONE that i remember my mom said to me that was out of the ordinary…

“Don’t ride on motorcycles with strangers!”

that was an advice that i recall my mom telling me when i was young.. and this past weekend, i did not follow it… probably because my mumsy wasnt here.. but at the same time, im 25, and motorcycles are a nice way of transporting from one place to another… and C was gonna do it and i was going home with her, so why not? ^_^

so we were outside ZHONGSHAN park stop and found some guys on motorcycles calling out amounts of money, C haggled for us seeing if we both of us could go on one.. but we couldnt, and managed to get each ride for 8RMB. not bad!

so, it was a nice but starting to get chilly night, i get on first, C tells me where to hold on, no helmets, and tells my guy to follow her guy.

the thrill begins… five major thoughts went through my head.

2. my shoes are gonna fall off

4. we almost hit that truck

5. that was a really quick/sharp turn.

well, it was fun. and i would definitley do it again. C said i was too tense. next time, ill try to relax… she said it woulda been more fun… lol. ^_^

I found out yesterday, that if i get hurt or killed due to a Motorcycle accident, my insurance does not cover it… therefore, i am rethinking before i get on another motty. 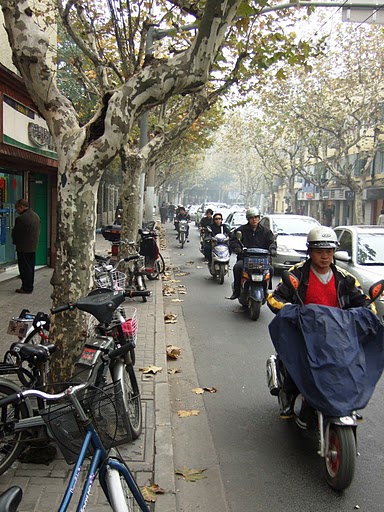 p.s. im considering getting an electric scooter next year ^_^…

to scooter or not to scooter?? what do you think?]

oh yah. for those of you that dont know, i’ve signed on another year. update on that soon.. ^_^

Being in China, I definitely hit many culture shocks.. including my very own. In the states, I always thought that I was pretty “chinese.” However, coming to China, I realized I’m pretty American. I’m pretty independent, set in my ways, and feel like I have “rights” that are owed to me.  But, I can’t believe it still… no matter how much I try to figure out my identity, I just don’t fit in.

Yet, I’ve begun to grasp that though I have my US passport, our citizenship is in heaven. Paul talks about it. He talks about our citizenship being in heaven.. and E. Elliott talks about it when she said, “Heaven is not here. If it were, our hearts would settle for this life and not the next.” As well in Ecc. it says, “He has made everything beautiful in its time. He has also set eternity in the hearts of men; yet they cannot fathom what Father has done from beginning to end.” oh how beautiful, that is. ^_^

I was thinking about how being in China, I have more caucasian friends than I have in the states, I have more international friends than I do in the states, and I guess that’s expected. I think I’ve been very humbled to see how much I don’t know about other cultures… and how Paul says, that we must become like the jews to win the jews… I guess that takes a lot of learning about what it means to become LIKE a “jew,” whoever the “jew” is in your life.

This post is really about how I am learning so much about other cultures, two cultures in particular. Uyghurs and Indians, mostly through food. Food is a way that culture REALLY comes alive. In the sense that it brings people together and it is a great place to begin learning about a culture.

Uyghurs: First of all, Uyghurs 维吾尔 are a Turkic people group that live in XinJiang, the far northwest in China. According to Wikipedia, “Large diasporic communities of Uyghurs exist in the Central Asian countries of Kazakhstan,Kyrgyzstan, and Uzbekistan. Smaller communities are found in Mongolia, Pakistan,Afghanistan, Turkey, Russia and Taoyuan County of Hunan province in south-central Mainland China.” If you want to learn more, click here. 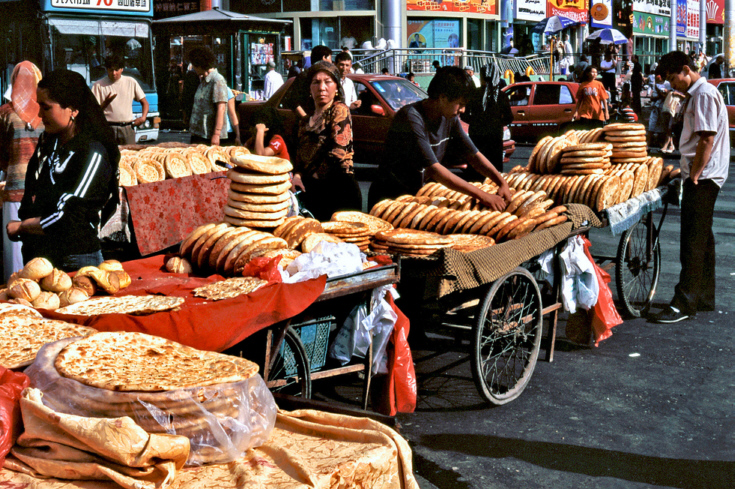 I believe that Uyghur food is one of my favorite delights of SH. With lamb skewers, na’an, and noodles… I confess, I enjoy a glass of beer to go along with this meal, every time… SO delish! 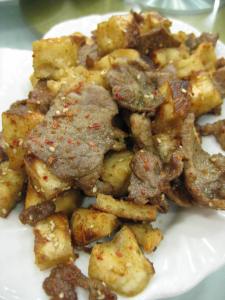 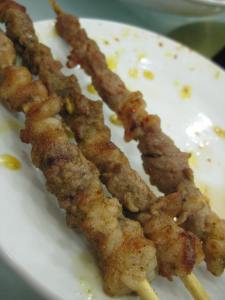 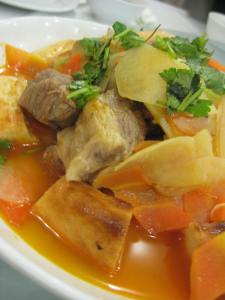 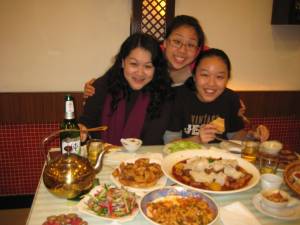 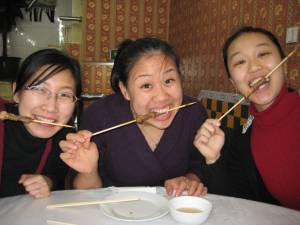 Indian: Now, Indian culture is VERY VERY new to me. I realize I’ve never really had an Indian friend or known much about the culture. But, somehow by His gr8ce, many of my friends are really into Indian culture here in China. I have a coworker who is punjab and a Sikh. A couple of friends and I have learned how to cook some AMAZINGLY DELICIOUS Indian Cuisine. From Chanamasala to Paneer, Indian food has so much delicacies and spices that make replicating Indian cuisine quite difficult. Nonetheless, getting to know my coworker and learning about Indian culture has been quite amazing. I’ve watched some Bollywood movies, thanks to A’s collection, as well as C walking me through the story lines, they have been REALLY enjoyable, a bit cheesy at times, but overall I’ve enjoyed. 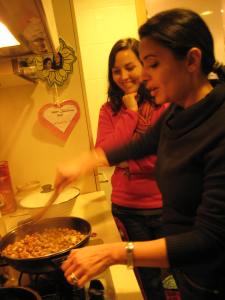 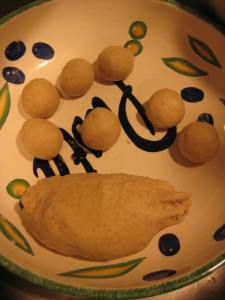 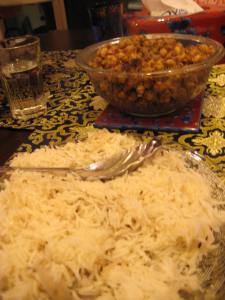 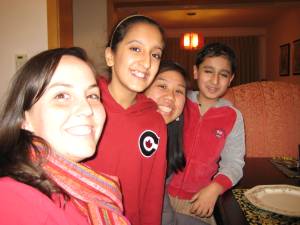 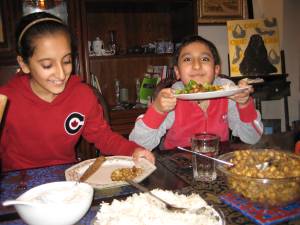 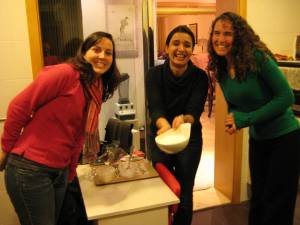 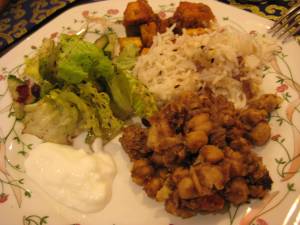 THANK YOU FATHER for such a blssed life!

His word in my heart

for my accountability group with p.co, we decided to memorize verses together.. and MAN, is it hard. =( here’s the next one we are working on… Father definitely knew what he was talking about when he said that we must hide his words in our hearts, so that we may not sin against him… and also to be  ready in and outta season to share the goodnews in which we believe.

I have been learning how important it is for me to learn chinese well.. especially as i witness and share and train up local believers… 🙂 there are a few PR request that i have specifically for YP (my hair dresser) and my TA: NL. I’m gonna use initials in case i ever do get in trouble ^_^ haha.. 🙂 so yes, i will be starting a one on one BS with both of them, separately. 🙂 We’re gonna read through the good news book John since i found some in CH & EN while i was in HK… its pretty exciting, its DISCIP1Eship training of women, my FAV! ^__^ thanks, father, you are SO good!!

heard this at hongqiao yesterday… so undeserving.

At the Cr0ss by Hillsong 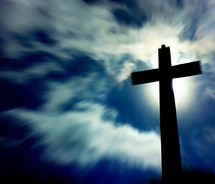 Oh L0rd You’ve searched me , You know my ways, Even when I fail You, I know You love me

At the cr0ss I bow my knee, Where Your blood was shed for me
There’s no greater love than this, You have overcome the grave
Gl0ry fills the highest place, What can separate me now?

You tore the veil, You made a way
When You said that it is done

I’ve been really blssed these past couple weeks with the beauty of AMAZING fellowship… I cannot tell you how HONORED and ENCOURAGED I am by the people that the Lrd has allowed my paths to cross in these past 7 months in SH, but even more specifically in the past month or two.

Shanghai is becoming more and more like home to me. I must say this is pretty incredible… and He has made me more resilient and adaptable than I had once thought would ever be possible.

After talking, pr8sing, and rapping with C & H this weekend, I was convicted to understand more of what it means to sacrifice vs. obedience…

Does the Lrd delight in burnt offerings and sacrifices as much as in obeiyng the voice of the Lrd? To obey is better than sacrifice…

So, I’ve always heard this verse and this weekend began to wonder what Father meant by it… H brought up the verse during our crazy midnight PM, and C was talking about what are the things JC prioritizes!!  I just listened, seeing what their thoughts were and what the Lrd was trying to tell me…

I began thinking about this the next morning, in addition to many other things, and realized that I don’t really get it… I was thinking… “but isnt sacrifice pretty important too, and if youre being obedient.. isnt there sacrifice involved? how does all this work together…?”

As I thought and asked the Lrd for wisdom, He showed me and remidned me to read the story of Abraham’s “sacrifice” of Issac @ Mount Moriah in Genesis 22. The sacrifice of Isaac by Abraham, truly was about obedience not necessarily sacrifice.

there’s a lot of thoughts going on in my head about… what is it that JC prioritized, obviously it was obedience… my thoughts have been  how hard it is to sacrifice… thinking about future, and what He is asking of me, how my sacrifices are a result of my obedience… i remember Helen telling me a while ago, that “if you’re willing now when you have not much… no husband, no family… its easier to be willing when you have those things.. and when the “stakes” are higher…”

ultimately, i want to be a place where i can obey JC regardless of the sacrifice.

on the phone at night, C explained it well, when she said… “Many can die for the Gspel, but few LIVE for it.”

contemplate that… i will tbc, after work today..  recess is over now and i must attend to my little people ^__^ 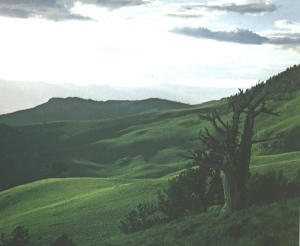 Trusting Gd when I don’t understand